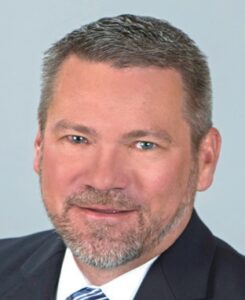 Barron Collier Companies continues to meet the evolving needs of a growing town with construction of the first phase of the Anthem Parkway extension to a new elementary school opening in 2025 and a proposal adding 1,000 acres to Ave Maria’s developmental footprint. The road project will improve access to the town’s eastern fringes and provide a bypass around the busy Town Center, while the additional land will expand the town’s total acreage to 5,000, allowing for an increase of homes from 11,000 to 12,000 and condensing development in eastern Collier County. 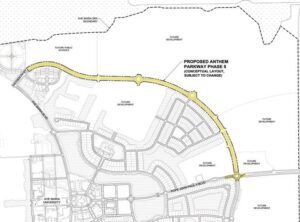 “It took a lot of coordination to make sure there was proper access for the elementary school as well as a future middle school,” says Mr. Genson, noting the elementary school will open for the 2025-2026 school year. Ave Maria has well over 500 children in Collier County Public Schools, he adds.

The 1.5-mile Anthem Parkway extension will eventually connect with Pope John Paul II Boulevard. It will have traffic-calming roundabouts and 12.5-foot-wide paths for pedestrians, golf carts, and bicyclists.

Barron Collier Companies is also petitioning local and state lawmakers to amend the boundaries of the Ave Maria Stewardship Community District to incorporate 1,000 acres of land recently purchased on Camp Keais Road to the east. Comprised of a developer and publicly elected board of supervisors, the stewardship district was the first in Florida, approved by Collier County commissioners to address smart growth and established in 2004 by a special act of the Florida Legislature to provide core infrastructure like roads and water management to support the developing community.

“We had the opportunity to buy land to the east at a reasonable price,” Mr. Genson says. “We see a lot of growth potential and it makes more sense to bring the acreage into Ave Maria, which will condense development in eastern Collier.”

The amendment will be presented during the 2023 legislative session and, if approved, take effect in July 2023.

Find awesome listings near you!